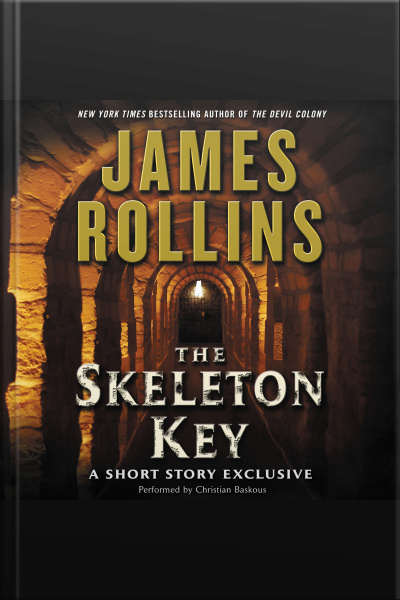 From New York Times bestselling author James Rollins comes a thrilling short story that delves deep beneath the city of Paris to a dark necropolis, where the only means for escape is…The Skeleton Key.

Seichan is ripped out of the Sigma series for an adventure all her own—but can she survive? The beautiful and elusive assassin wakes in a hotel in Paris with a deadly electronic collar fastened to her throat. Joined by a boy who is similarly threatened, she must rescue the son of a hated enemy, who has fallen under the sway of the nefarious leader of an apocalyptic cult. To survive, she must venture into the dark world beneath the City of Lights, into the infamous catacombs of Paris. Caught between two enemies, she must fight for her life…while time ticks down toward a fiery apocalypse. But in the dark, surrounded by the moldering bones of the dead, even success does not equal survival. In the end, the only true hope for the world lies in a stunning act of betrayal.

Included with this short story is a sneak peek at the first 70 pages of The Devil Colony, where a clue unlocked by The Skeleton Key will play a key role.