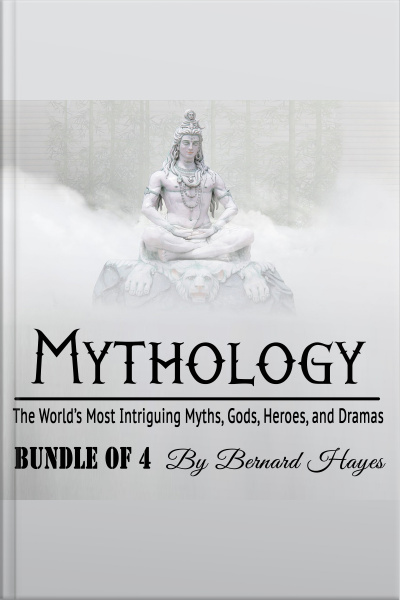 Mythology The World’s Most Intriguing Myths, Gods, Heroes, and Dramas

Book 1: Egyptian Mythology - Learn more about the ancient beliefs of Egypt, with its rituals, fallacies, and conclusions. This audiobook is dedicated to exploring the gods and goddesses the Egyptians feared and worshiped.

Book 2: Celtic Mythology - In this audiobook, you will find the most important facts about Celtic mythology, a people that is often overlooked or undervalued. Their tales and folklores have their routes in ancient customs and historical events, and with those backgrounds, you will get a greater understanding of the Celts.

Book 3: Celtic Mythology - The ancient culture of the Celts, with its folklore and fairytales, has sparked the imagination of many. The mythological creatures, stories, and legends have their enchanting flair and have certainly been the topic of many historians and scholars.

Book 4: Indian Mythology - Gods and heroes in Indian mythology have made all the difference in their cultural and religious development. If you have ever been to India, you know you can find traces of these things and existing modern elements of Hindu and Krishna beliefs all over the place.